In order to encourage the anti-corruption character among students as the Millennial Generation, the Corruption Eradication Commission (KPK) of the Republic of Indonesia on Monday (02/14/2022) held the “Anti-Corruption Campaign Through Film Media Screening & Discussion Anti-Corruption Film” Road To Film Festival ACFFEST 2022” took place at the Hall of the Faculty of Medicine, Tadulako University (Untad).

In his speech, Prof. Dr. Ir. Mahfudz, MP as the Rector, welcomed the activities of the KPK RI campaign at Tadulako University for Anti-Corruption through film media.

“We from Untad warmly welcome this activity to raise awareness of anti-corruption through film media to students. Even now there are anti-corruption education courses for our students at Untad. It is hoped that this education can encourage students to have a positive character and uphold honesty. In the future, we from Tadulako University are ready to collaborate with the KPK by utilizing our human resources maximally.” said Prof. Mahfudz. 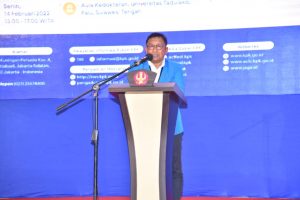 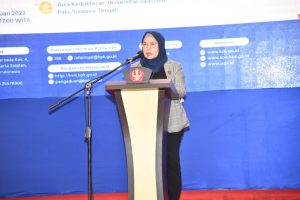 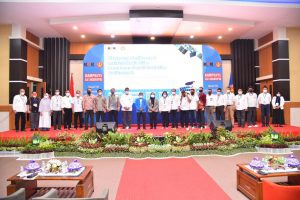 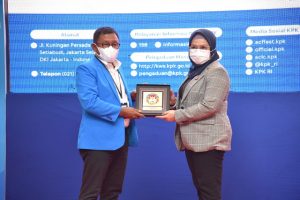 At the same moment, Dr. Lili Pintauli Siregar, SH.MH as Deputy Chair of the Corruption Eradication Commission (KPK) of the Republic of Indonesia, in her speech conveyed the purpose of holding Film Screening & Discussion activities related to Anti-Corruption on campus.

“The Anti Corruption Film Festival (ACFFest) is a creation, exhibition, and discussion forum initiated and managed by the Directorate of Education and Community Services (Dikyanmas) of the Corruption Eradication Commission (KPK). Today the film that will be screened is entitled “Home Sweet Home” whose issue is very close to the people in Palu. ACFFest aims to invite young people to participate, be active, creative, caring, and critical by pouring ideas into audiovisual form to continue to contribute to campaigning for anti-corruption values including ; honesty, discipline, caring, responsibility, hard work, simplicity. independence, truth and justice.” said Dr. Lily. 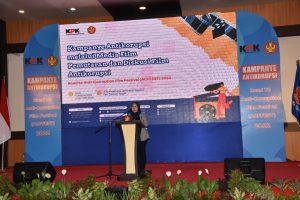 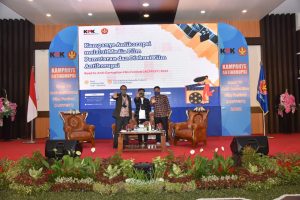 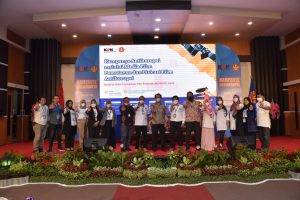 After the speech, the event which was also attended by the Vice Rectors, Deans, Postgraduate Director, Head of Bureau, Head of Institutions, Senate, DP/SPI, Student Representatives from various Faculties and the Coordinating Team, Socialization, Campaign & Supervision from KPK RI then continued with the screening of the film ” Home Sweet Home” as well as direct discussions with film directors. After the question and answer session, the event was closed with a group photo session. AA