Visiting Tadulako University, the Deputy Speaker of People’s Consultative Assembly of the Republic of Indonesia, Prof. Dr. Ir. Fadel Muhammad, met the rector and the representatives of academic community in the hall of Medicine Faculty, Wednesday (09/15/2021) morning, in order to hear, collect, consider, follow up and support the formation of BP2KTI (Development Acceleration Agency for Eastern Indonesia) aspired by the academic community of Tadulako University.

The rector, Prof. Dr. Ir. Mahfudz, M.P., in his speech, appreciated the visitation of the Deputy Speaker of People’s Consultative Assembly of the Republic of Indonesia in Tadulako University.

“It was an honor for us to have you here, Prof. Fadel Muhammad. For Central Sulawesi people, you are well-known as great entrepreneur, government official, and national politician. Representing the academic community of Tadulako University, I totally support the initiative to form the BP2KTI and hopefully this idea will trigger the development acceleration in Eastern Indonesia, specifically, in Central Sulawesi,” said Prof. Mahfudz. 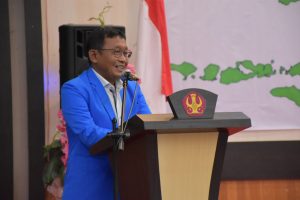 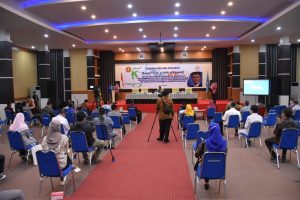 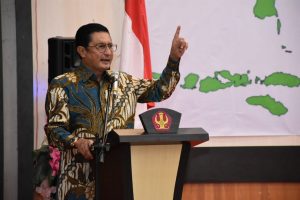 The rector also requested the Deputy Speaker of People’s Consultative Assembly, Fadel Muhammad, to assist in the processes of infrastructure rehabilitation and reconstruction in Tadulako University due to post-disaster effects on September 28th, 2018. The assistance is urgently needed in order to prepare for face-to-face learning.

In the same moment, the Deputy Speaker of People’s Consultative Assembly of the Republic of Indonesia, Prof. Dr. Ir. Fadel Muhammad, confirmed the development budgets for eastern Indonesia are still limited since the request concerning development acceleration in eastern Indonesia is not specified yet.

“For this reason, we are initiating to establish BP2KTI. Hopefully, this agency can support us in accelerating the development in eastern Indonesia. I think BP2KTI also in line with national policy, relocating the capital to Kalimantan Island. In addition, Sulawesi has many natural resources, one of them located in Tomini Bay. Let’s say in the neck of Sulawesi Island a canal is made. Definitely, it will ease the access from eastern region such as Maluku and Papua to the new capital. Therefore, we are expecting some valuable aspirations from Tadulako University to develop eastern Indonesia in the future,” said Prof. Fadel. 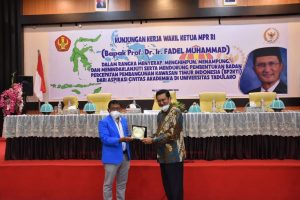 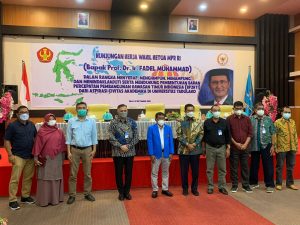 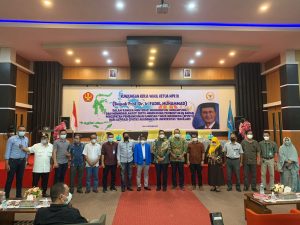 After Prof. Fadel delivered a speech, the next sessions were discussion and taking picture.

0 0 0 0
Previous : Along with Regional Police of Central Sulawesi and Presidential Special Staff, Untad Organized Independent Vaccination for University Students in Palu
Next : Tadulako University has Collaborated with Mara University of Technology – Malaysia in Academic Education, Art and Scientific Exchanges